Maybe it’s because my most tumultuous years were spent in the 80’s. Maybe it’s because my friend and I sang little blue Chevette instead of Little Red Corvette because that’s what she drove. Or perhaps it’s the fact that When Doves Cry perfectly described an abusive relationship I was in. Or maybe it’s because I feel that Purple Rain described the difficult relationship I had with my mother and would have been more relevant at her funeral that the Christian songs selected.  Perhaps it’s because I wish Prince wouldn’t have let the elevator bring him down and he’d punched a higher floor, just like he taught me to do.  But if I’m perfectly honest it’s likely that if  he did indeed die of a drug overdose it could have  been me any number of times. Whatever the reason, Prince’s death has left me with a myriad of unwanted emotions.

Rather than talk about his fame, fortune, and iconic status I want to talk about what I truly believe Prince would want us to be talking about – chronic pain. His death is shaping up to point to a Percocet overdose. How can that be when he spent the majority of his life living clean, no drugs or alcohol, citing his faith as the reason? Something happened to Prince that was stronger than his faith. I can easily imagine the mental battles he had with himself before his death. It makes me shudder because I understand them.

I don’t classify Prince as just another drug addicted celebrity. No, understanding his faith, the life he lived for the majority and his hip replacement leave me thinking Prince wanted only what the majority of people take for granted; a life that is pain-free. I know this because I live with chronic pain. It’s like a migraine – no one understands it until they have endured it.  It’s a constant battle between what’s right, what’s wrong, where faith will take you and the overwhelming desire to simply not hurt anymore.

Chronic pain is a silent thief of life, mental balance and sometimes even faith. It’s the devil itself, come to steal and maim. It’s the unrecognizable disability and more needs to be done to address it. How many must die before we stand up and say ENOUGH? What those in chronic pain need the most is a physician daring enough to try new procedures, willing to prescribe pain medication if needed but diligent enough to micromanage those medications, regardless of who the patient is. We need doctors committed to patients, not revenue or government. We need a strong government committed to doctors and patients. Where are these men and women of courage?

More than his musical talent Prince should be remembered for shining a light on chronic pain. He should not be thought less of if his death is due to a drug overdose. Instead,it should inspire conversation in government, the medical community and ordinary citizens about what can be done about chronic pain. How do we help and protect the silently suffering?  How do we simultaneously remove the stigma of narcotic pain management while preventing those in need from abusing? It’s a conversation worth having.

Have you ever Googled yourself? You, know, just typed your name in the Google search engine to see what pops up. As a writer, I’m hoping some rave review about my writing or a masterpiece I’ve written appears at the top of the page.

So, imagine my surprise when the first thing that pops up reads; “Meet the reason movies suck – Joan Graves.” I’m like, “Wait, WHAT?!” I don’t make movie suck…. do I? No, of course not. I’ve done a lot of things in my life but I’m pretty sure making movies suck is not one of them. Turns out the person responsible for rating movies is named Joan Graves. And apparently some people are not very fond of her.

I’ve spent the last few years doing everything possible to get my name to appear at the top in the Google search and get rid of the “reason movies suck” mantra. My first thought was to buy my domain name. Nope! Not happening. Some third party person has bought JoanGraves.com. And they are not even using it! Crazy people with my name. I think they bought it and are holding it hostage in hopes the other Joan Graves will pay them an obscene amount of money to get it. Well, to them I say, “Hello! It’s no working. You’ve had it for four years now. No one is going to buy it from you. Let my name go!”

Though older than me, the other Joan Graves appears to be in fine health so looks like I’m going to have to resign myself to being number two. Man, I hate that! I can’t stand being second. So, I’d like to point out that you can help me rise to number one by Googling me and hitting on MY name, not HERS. Yes, I’m that kinda girl and hopefully you are that bored.  So, to clarify, this is me. 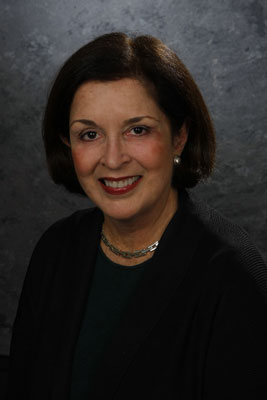 In a world that is daily increasing in the number of special needs children, it is exceptionally important what parents teach their typical children. Even toddlers have the ability to recognize that DJ is unlike them. Of all the responses we receive in public, we never had one like today.

Costco shoppers have always been the most tolerant. They smile and go out of their way to speak to DJ. Once in Walmart a woman actually said to me, “What’s wrong with it?” In reference to my child! DJ isn’t stupid. He picks up on unkindness. So, needless to say, Costco is DJ’s favorite store. Since the store is so big we push DJ in a wheelchair which really draws the eye of children.

Today two little boys were riding in a shopping cart and caught sight of DJ as we rounded a corner. The oldest looked to be maybe five and the younger about three. The younger questioned his older brother about why DJ was jabbering and flailing about. Their mother, unaware of what was taking place, pushed them away before I could hear the older one’s response. As we were leaving we ran into them again. The older one immediately began hollering at DJ and waving frantically at him. I mean this kid was serious about getting DJ’s attention. When he did, DJ gave him an enthusiastic wave back. The younger one immediately turned incredulous eyes upon his brother.

“He waved at you.”  The little one was so in awe you would have thought his favorite movie character had just come to life before his eyes.

“Wave at him. He might wave at you too,” was the older child’s advice.

DJ, now seeing he has the attention of two children, is jabbering in that dialect that only he understands. He was rocking the wheelchair trying to roll over to the two. His little arms were flailing about as he simply couldn’t contain the enthusiasm of having what he rarely has; the undivided attention of another child.

When the youngest one, with his big beautiful brown eyes round with wonder, gave DJ a wave and DJ jabbered and waved him the little boy just couldn’t believe it. These two little boys were amazed that DJ was “talking” to them. When their mother turned to see what all the excitement was about they both began pointing at DJ with enthusiastic gestures and simultaneously telling her how DJ was waving and “talking” to them. We had a good laugh about it while all three boys were going crazy over each other. Those little boys were amazed that DJ was interacting with them.  They treated DJ like a rock star.

Parents need to know the importance of encouraging their children to ask questions about DJ  and to interact with him. DJ LOVES to get the attention of kids. He tries his best to talk to them either jabbering or using his iPad. Unfortunately, it is a very rare occasion when the child will respond in a positive manner to him. Science has shown us that children learn physically and intellectually from other children. Therefore, no one wins when the opportunity to interact with a special needs child is lost.

Somehow that mother at Costco has successfully taught her two very young boys that they should be accepting and loving of all people. And in the process of doing so, her children made DJ, for a brief moment in time, just like every other little kid. That is a blessing that defies words and will have a positive impact on DJ for the rest of his life.