To read my latest Winchester Sun column click the words in bold. Another box will open up with the link then just click on that. Do You Know Someone Special  As always, please interact on the Winchester Sun website by liking or commenting on the column to show your support. Thanks everyone.

A few years ago comedian Chris Rock did a bit on his show titled, “How Not To Get Your Ass Kicked By The Police.”  Though it has foul language so parental guidance is suggested, it is a humorous yet honest look at how to avoid a confrontation with the police.  Unfortunately, the majority of police involved shootings occur because someone is breaking the law, arguing with officers or refusing to comply with police instructions.  Regardless of race, sex, ethnicity, religion or ability, when a police officer tells you to do something you had better do it.

At this point, I must interject commentary on recent events.  The Dallas Police shooting in which five officers gave their lives in the line of duty came about at the hands of some angry black terrorist who in his words, “wanted to kill white people.”   He and apparently other partners in crime elected to exact revenge at a Black Lives Matter protest.  The protest was being held due to the shootings of Alton Sterling and Philando Castile by police officers and was progressing quite peaceful when bullets rained down upon them all.

Sterling, it seems according to video, was doing exactly what he should not have been doing at the time he was killed – confronting and engaging police officers while having a gun in his pocket.  Castile, on the other hand, appeared to actually be complying with an officer’s instruction and was doing exactly what he should have been doing when he was shot and killed.  Apparently, revealing to the officer that he had a licensed concealed weapon caused the officer to unnecessarily panic and shoot Castile.  The video shot in the aftermath by his girlfriend is simply horrific.  My condolences to both of those families for their loss and to the families of the slain police officers.

In every group, there are good and bad people.  It is just as wrong to label all law enforcement officer’s as hunters after African Americans as it is to say all African Americans are criminal gang bangers.  To quote the first two tips from Chris Rock, “obey the law and be polite”.  It seems like a no-brainer.  But have you discussed with your disabled child what to do if confronted by the police?  Thankfully, many law enforcement agencies across the nation require training for officers to be able to spot that an individual may have a disability.  Yet, it is not enough to rely on that alone.  Because even a noncompliant disabled person can be perceived as a threat and shot by police.

People with Asperger’s Syndrome or on the autism spectrum are especially likely to be viewed as suspicious acting to the untrained eye.  They refuse to make eye-contact and engage in peculiar behaviors at times.  But every person with varying disabilities can engage in reckless behavior.  Therefore, every parent of every child with any ability has the responsibility to teach their children that it is in their best interest to ALWAYS comply with police officers.  It is far better for an innocent person to be arrested and accused of a crime he/she didn’t commit than it is to be dead for the same reason.

Case in point is Mark Hughes.  He was an African-American at the Dallas Black Lives Matter march, wearing a camouflage shirt and carrying a rifle, which is perfectly legal in the state of Texas.  He was identified by Dallas Police on social media as a suspect.  Friends or family notified him that his face was plastered online as a suspect.  He immediately found a police officer told them who he was and handed over his rifle  As he tells the story he was actually able to make small talk and jokes with the officer.  He was questioned for 30 minutes before being released by police. 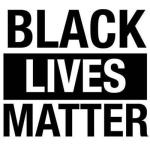 As everyone should know in police interrogations/questioning they will lie to you.  That is not against the law.  To my knowledge, Mr. Hughes was never handcuffed much less roughed up in anyway.  Now, he isn’t exactly thrilled with how the whole thing was handled and the lies he was told, but he is alive to tell his story because he was smart.  He obeyed the law, cooperated fully and is now sharing his experience.  Still rolling with the fact that 12 fellow officers had just been shot with five dead, the police were on edge.  Having moments ago just been protesting the lives of two fellow African Americans and had his own life in danger,  Mr. Huges emotions were high.  Had Mr. Hughes approached the officer with anger or refused to turn over his rifle the outcome could have been much different.  He now stands as an example to ALL people as a case study in exactly what to do in high emotional conflict situations with the police regardless of who you are.