I received your letter requiring my son DJ register for Selective Service. As a deep patriot, I must inform you – you don’t want that boy!  As great as America’s military is, they are not prepared for my little weapon of mass destruction. DJ has many strengths, but he’s a little quirky.  Do you really want an enlistee who even Santa gives the side-eye?

There are things he could do such as train bomb-sniffing dogs.  Got some out-of-control dragons?  He’s your man!  But not horses!  He prefers riding them backward and wonders why it doesn’t work out.  Not to mention, the helmet messes up his hair. 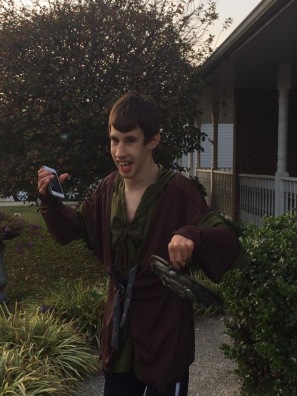 His flair for disguises is a definite asset.  Hugh Hefner and Phil Robertson never looked better. 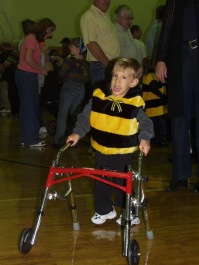 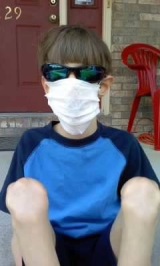 As evident in his massive medical file, he holds up well under torture. 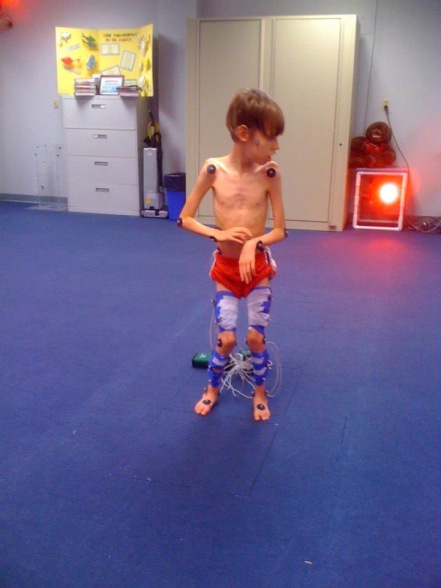 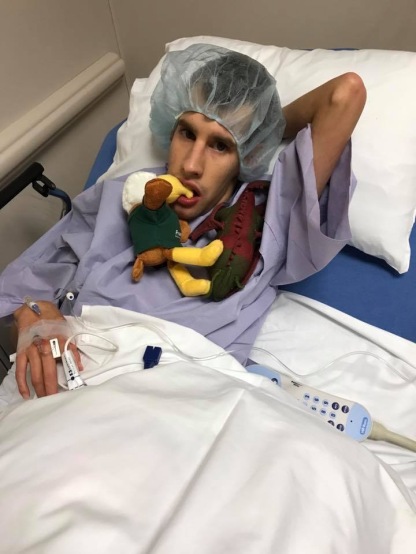 Waterboarding ain’t nothing but a thang. 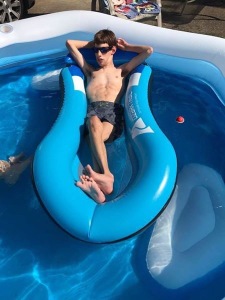 He has a problem with loud noises, though.  They scare him and hurt his ears.  So, unless you want him standing in the middle of the battlefield covering his ears some adaptations are needed.  Put a silencer on guns, artillery shells, tanks, grenades, pretty much everything you have; including drill sergeants.  I hear they get a bit out of hand.

Considering how much trouble DJ gets into at home, putting him in uniform in another country increases the chances of an international incident.  He has a knack for getting into questionable if not downright compromising situations.  Gambling, document shredding, and literally caught with his pants down are only a few of his transgressions. 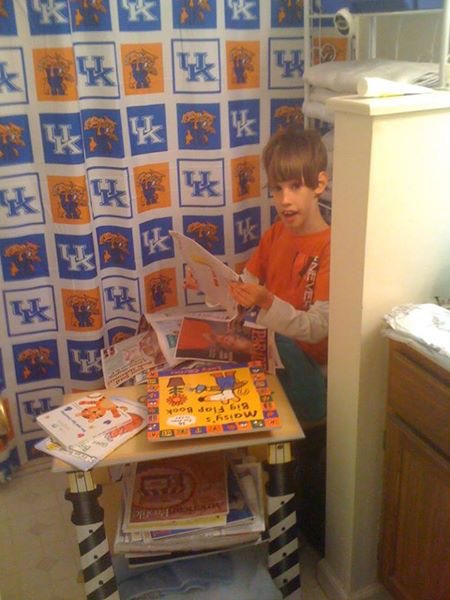 Literally with his pants down the sequel

Literally with his pants down. 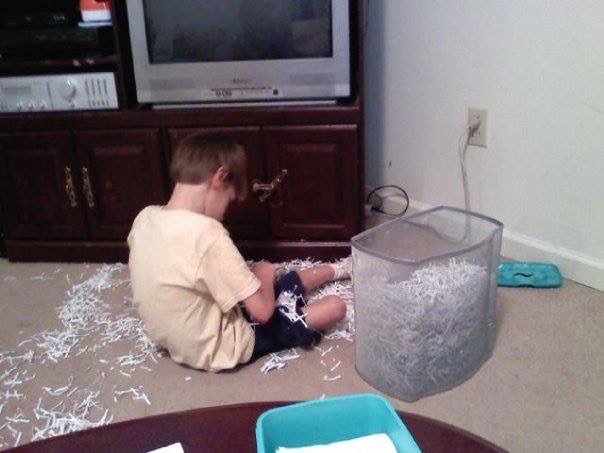 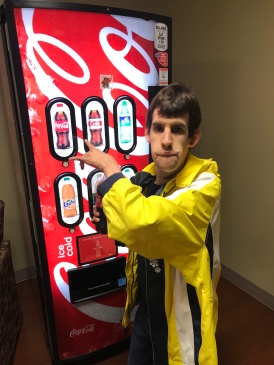 Though DJ is a true warrior at heart and a Superhero even The Avengers envy, I must exert my guardianship authority over him and reject your offer of war.  Alas, the world is just not ready for my DJ.  (sigh)  But don’t despair, his brother Dalton is all signed up and ready to go.  Good luck with that! 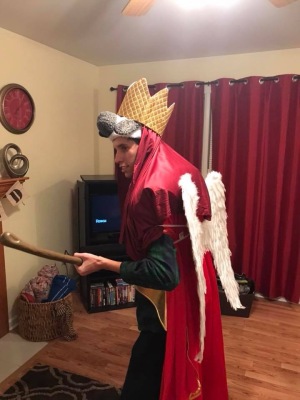 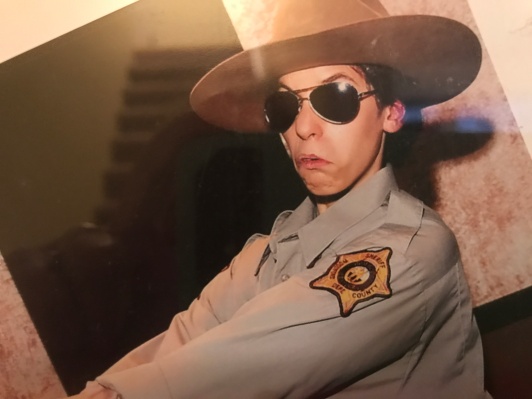 Sorry not that sorry,

Many employers suffer a grave loss of which they are unaware. They shy away from hiring prospective employees because they are on the autism spectrum. The mere words autism spectrum conjures images of inept social skills, stark refusal to follow instructions, bursts of fury, refusal to take correction or responsibility and more. Amid, such a tsunami of negativity it is no wonder they drown out the positives. Yet, even as toddlers, there is a lot we can do to help our kids secure a job. We need to learn to recognize and respond to the potential.

Prior to Annie Sullivan’s arrival, Helen Keller had no discipline. She prowled her family home, doing as she pleased and responded to attempts of refusal with violent outbursts. Her parents labored under the misconception that allowing Helen’s atrocious behavior expressed love. Lucky for Helen a fiercely determined, courageous, half-blind teacher understood the roots of love begin in discipline. And discipline blooms from the small things. 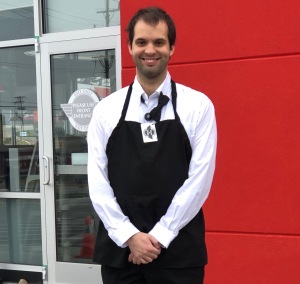 I was nervous about my son Colton’s first involvement with STRIDE (Supporting Therapeutic Recreation for Individuals with Disabilities every day. I knew it was a fantastic program, but it forced me out of my comfort zone. It challenged me to face my fears even as I sought to still Colton’s. I had to swallow my pride, accept I wasn’t the only one able to care for my son and get myself out of his way. He was evolving. Pandering to my fears placed me between the kid he was and the man he’d someday be

This week, Colton started his first job. It’s a goal he’s pursued for several years. He has worked for family, friends, and neighbors but has been unsuccessful in the traditional job market. Until now.

Like most on the spectrum, Colton excels at repetitive tasks. Ordinarily, I wouldn’t advise the fast-paced and often stressful environment of restaurant work. However, food prep at Steak and Shake is ideal. Colton’s job is to remain in one station and chop, weigh, bag and otherwise prepare food for use the next day. He is able to work at his pace, somewhat segregated from other employees, spared from the hustle and bustle of peak hours, does the same thing daily and works off a list. An Asperger kid’s dream!

One of the greatest hindrances to kids on the spectrum is fear of the unknown. Doing things for the first time is scary for most but debilitating for some on the spectrum. Colton didn’t have that hurdle. He had an idea of what to expect because STRIDE taught him the basics of food preparation years ago. When we faced our fears and trudged the painful path of discipline and self-discovery in STRIDE, we had no inkling of what it would bring. The dividends of that years old investment are evident today. Colton loves his job at Steak and Shake. His self-esteem has grown exponentially because his coworkers lavish him with praise, kindness, and encouragement.

Times have changed a lot since the days of Helen Keller. But a child’s need for discipline has not. The world’s expectations of our kids tend to be low. It’s our responsibility to be the Annie Sullivan our kids deserve. We must love them through our pain so they may be a valuable productive member of the workforce and the community at large.